This is a real thing, people. A. Real. Thing.

Sweden has a problem: somebody’s sending subs into their waters without permission, and all fingers point to Russia. The neutral Scandinavian country has a vast and resource-rich coastline in the hotly contested waters of the Arctic, and naturally seeks to defend its sovereign waterways from potentially hostile foreign incursion.

Two solutions have been proposed:

Sweden has a long history of gay-friendly policies, having been the first nation in the world to decriminalize homosexual practices, back in 1944. Let us just say Russia does not. 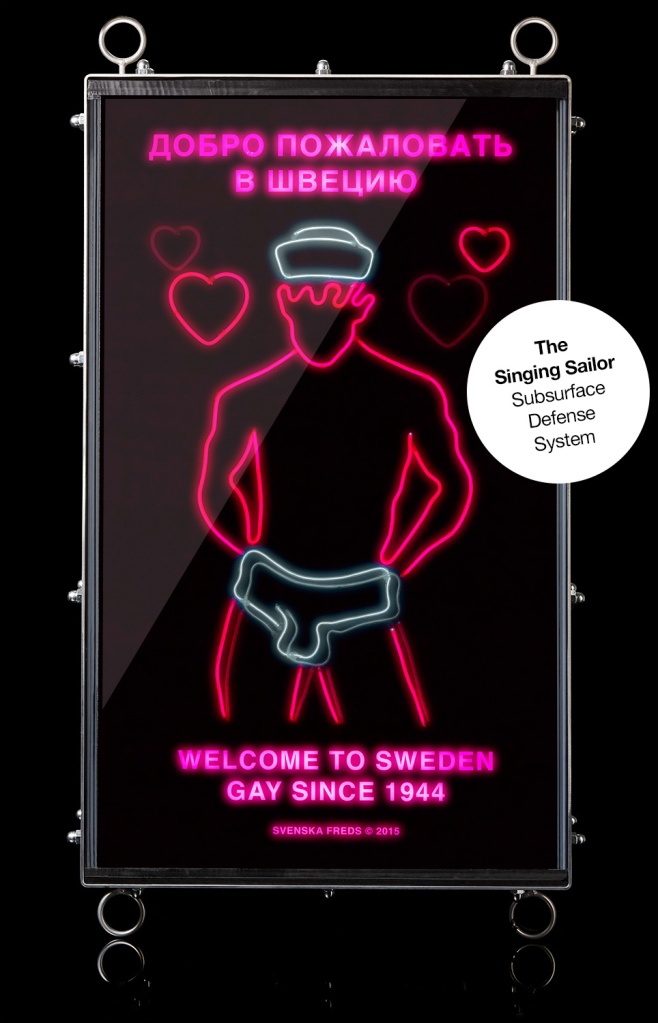 The Singing Sailor Subsurface Defense System was built by the SPAS and deployed under the ocean’s surface at the site of the reputed submarine incursions. It features a near-life-sized neon sailor wearing nothing but his cap and his briefs. The briefs are animated, because of course they are, and dancing hearts blink on and off in the background. The pink neon caption reads “Welcome to Sweden, gay since 1944” in both Russian and English. The device sends out a message in Morse Code, reading “This Way If You Are Gay”.

There’s video of the inaugural placement of the device:

No word on the Russian response yet. Perhaps they’ll turn their sights on famously butch Alaska instead?

Like Loading...
‹ How one US scientist ended up accused of spying for China
Meet the Lorax: Tonight on AnonOps Radio ›