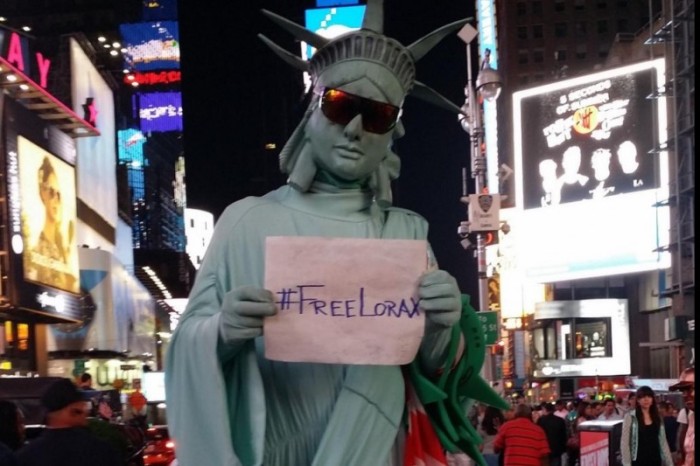 Tonight on AnonOps Radio, it’ll be Back to the Future time, as the hosts dedicate the entire show to fallen (arrested) colleague and former host, Adam Bennett, aka Lorax. Once the most popular radio host in Anonymous, with his own Facebook fan page, he is now unmasked and awaiting trial on a shifting array of computer crime charges, some of which appear to be routine functions of a security-conscious systems administrator.

The Anonymous radio host of Lorax Live has been blocked from producing new shows with charges of hacking leveled against him. Lorax is a life-long supporter of human rights and a passionate believer in open information who has given generously of his time and talents to help educate others.When the Anonymous networks (AnonOps) launched into radio, Lorax drew inspiration from Radio Freedom and launched Lorax Live to provide an uncensored platform for voices that speak truth to power.

With well over 100 interviews done by Lorax, he was well aware that he was a growing target for a corrupt covert empire and like many of his guests has always been willing to pay a high personal price for speaking truth to power and fighting for a more just world and peaceful future.

In his spare time, Lorax is an experienced surf lifesaver prominent within the Scarboro Surf Life Saving Club and a participant in national lifesaving championships.

and from the notoriously hard-nosed Cyberguerrilla site:

Adam has been awaiting prosecution for a series of charges which government prosecutors have been unable to pin down.
One data breach leading to Bennett’s arrest involved a target of Australia’s controversial data retention law, which requires ISPs to hold onto subscribers’ internet activity (including social network use and emails) for two years and grant extensive access to a variety of government agencies. At the time of his arrest, Adam was dedicating his time to his community by working as Fundraising Manager for the not-for-profit organization Cancer Support W.A. and saving real lives by volunteering as a Patrol Officer for Scarborough Surf Life Saving Club. Adam’s arrest not only takes a voice away from the internet due to his bail conditions, but also prevents him from being able to help others within his local community – something which has always been close to his heart.

Adam is now facing a maximum penalty upwards of 60 years in prison for simply protesting and doing research. To properly defend his case the costs could mount up to well over $200,000. We are asking supporters and others who also oppose government surveillance to make even a small donation to help Adam while his case his being resolved. Every little bit counts to ensure that this voice does not disappear.

The. The fundraiser, his second, has been taken down, just like his first. 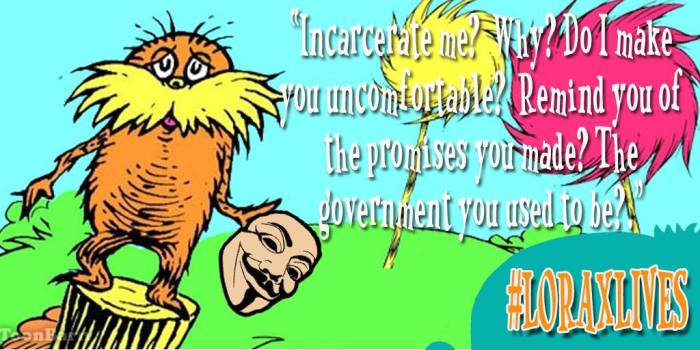 Now FreeAnons is handling his donations, and the donation link is here.

The date of this commemorative broadcast is itself significant: May 15 is the one-year anniversary of the last show Lorax hosted before he was arrested by Australian Federal Police on multiple hacking charges.

He is currently awaiting trial in Australia, facing charges including some stemming from nothing more than a routine security test of a site he was paid to administer. As Violet Blue, a favoured guest of Lorax’s and a guest on tonight’s broadcast, put it in ZDNet, “Australia to prosecute Heartbleed pentest in desperation to pin charges on Anonymous radio host.” Which about sums it up, really.

Tune in to AnonOps Radio for the broadcast. Since it doesn’t exist yet, we can’t embed it, but we will edit the post later to include it after the fact. 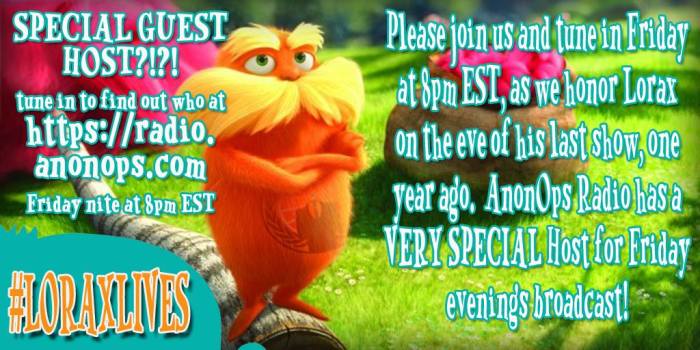