A social phenomenon that we don’t talk about often enough. Any group of people who are relegated to an underclass based on a shared characteristic will see their young men form gangs. It’s what humans do in those circumstances. Is the solution to turn the gangs to productive and positive ends, or to change society so they don’t arise in the first place? 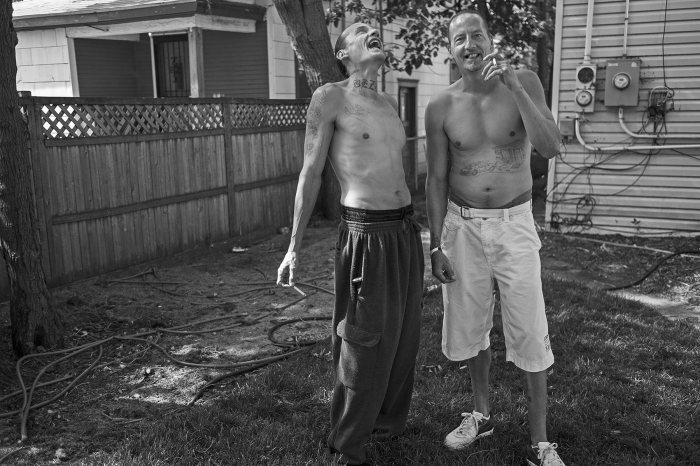 MINNEAPOLIS — It was Sunday, game day, and James Cross turned down the television volume, rose from his armchair and lifted his purple Vikings windbreaker to show off his tattoos.

“This is a drive-by scene,” he said as he pointed to the image on his stomach. “I never finished it, though. I was going to put ‘Do another drive-by to make another mother cry.’”

He turned around and pulled the purple windbreaker up to show off his shoulders.

“I got forks on the back, which represents the Disciples,” said Cross, referring to a tattoo of two hands making the sign of the Latin Gangster Disciples. “Then I’ve got tattoos on my face. I had a teardrop, but we covered it up with a feather just so everybody wouldn’t be intimidated and I could get a job. Everybody knows a teardrop is for…

Like Loading...
‹ Interwebbed: Cyber and Crypto Totally Tubular News
#Anonymous Comes to the Aid of Endangered Swedish Wolves with #SaveSweWolves ›