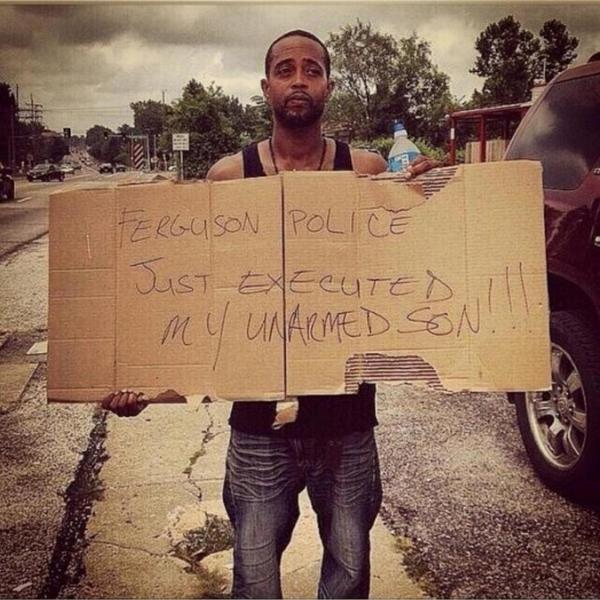 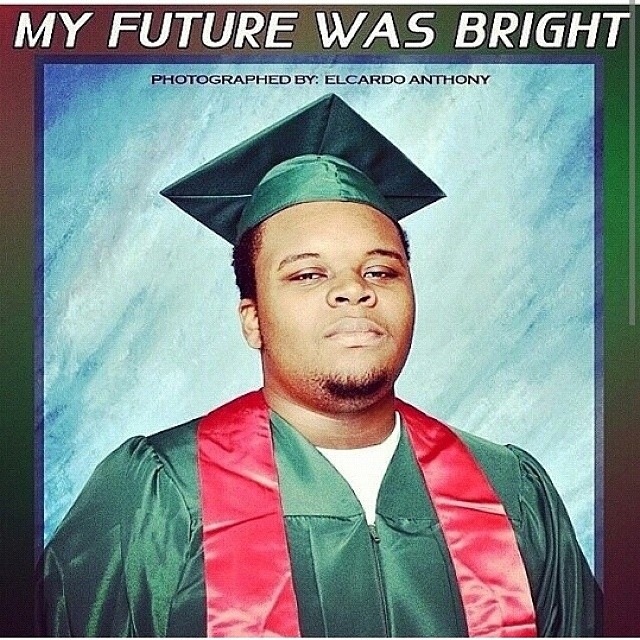 Since the Saturday shooting of unarmed teenager Mike Brown at the hands of an as-yet-unnamed Ferguson police officer, operatives within Anonymous have been working to bring what they see as justice to Ferguson and its citizens. And, not incidentally, its police force.

As we reported yesterday in an exclusive interview with OpFerguson members and an OpFerguson overview, tactics included an Email Bomb, an attack which took the city website offline for several hours, a vast Tweetstorm using the hashtags #OpFerguson and #Ferguson which was in parallel with and taken up by non-Anon citizens, a mini-dox of police chief Jon Belmar, and a concerted effort to ensure media would be in attendance, acting as Little Sister to keep an eye on the police force Big Brother. Along with Anonymous, of course.

The modesty of these demands is heartbreaking RT @AntonioFrench: Flier being distributed at the protest in #Ferguson pic.twitter.com/VwjIl7BK9P

This is a collection of the most powerful images and tweets from Ferguson over the past three days. Top accounts to follow for news include OpFerguson, of course, but also Alderman Antonio French, TefPoe, and TheAnonMessage.

Michael Brown was due to begin classes at Vatterott College tomorrow. His mother mourns his loss: #Ferguson pic.twitter.com/YMSK7Skp9y

They used soap to clean Mike Brown's blood from the street. #Ferguson (photo via @TammieHolland) pic.twitter.com/Drzo7Ji3dk

Tempers ran high, and so did the racist blame-laying; even the editor of this website received racist comments via private messages on Facebook. Many people seem to believe that black people getting uppity, and not the shooting of Mike Brown, is the real problem here. 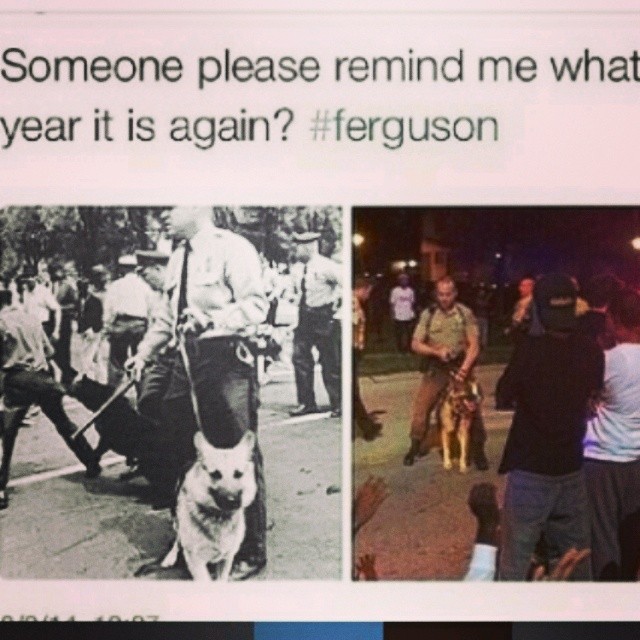 There is ONE black cop here. Protestor yelling at him: "who do you serve brother? Who do you serve?" #Ferguson pic.twitter.com/o8UCoCo6rU

CNN just showed a cop yelling "bring it on, you fucking animals" to people during the peace march in #Ferguson last night.

Some context: #Ferguson is 2/3 black. Has a white mayor and mostly white city council. 53 police officers. Only 3 black (2 female, 1 male).

Some people flipped the racism on its head:

From the Department of Will Not End Well:

So Jon, Mr. chief of police, you said our threats were just hollow. See, that makes us mad. You shouldn't challenge us. #Anonymous #Ferguson

and indeed it did not, at least from the perspective of the Chief:

Hey, Jon, you mind if we give you a call? 636-227-4864 #Ferguson #OpFerguson #Anonymous (White Pages confirms number) pic.twitter.com/jtGNIzF5it

"He sees you when you sleep, he knows when you're awake…" #Anonymous #Ferguson (Inside Jon Belmar's house) pic.twitter.com/ElwAe8EGLu

Put this in perspective: if we're doing all this to the chief of police, imagine what we have in store for the shooter. #Ferguson

The police had said they would release the name of the officer who shot Brown; Today they apparently decided not to.

Many young men greeted the police by putting their hands in the air, referencing Brown’s position when he was shot.

Since when do police in military gear approach an unarmed man with his hands voluntarily raised? #Ferguson pic.twitter.com/G9JsKflfSU

Freedom of the press includes the freedom to be shot and gassed by the police in Ferguson:

The Huffington Post has a collection of tweets by journalists threatened by police during the Ferguson demonstrations.

Beanbag rounds and rubber bullets are so 2011; nowadays it’s all about the solid wooden blocks fired at protestors and press:

This is just chilling. If witness is right, forensics should show it. http://t.co/n8LlOEqykb #ferguson @msnbc @trymainelee