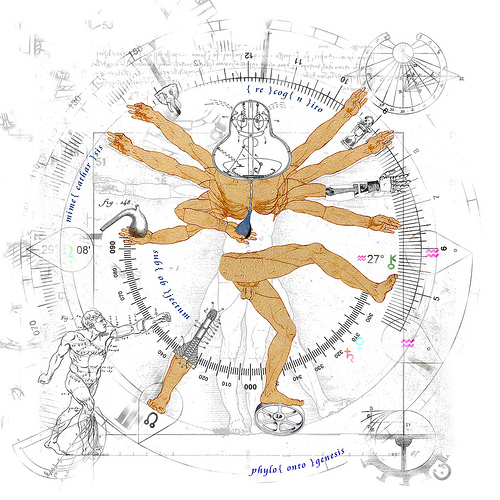 The year was 1999. The dotcom boom had begun to go bust. The Euro was born. Everyone was in love with Shakespeare in Love. The Melissa worm was launched. Bill Gates becomes the richest man in the world. And David Cronenberg released eXistenZ

Starring Jennifer Jason Leigh, wearing the same hair style I wore throughout the early 2000’s, and Jude Law demonstrating an uncanny ability to exude pure sex even while wearing a golf jacket, it premises an immersive alt-reality game which gradually becomes…problematic. If you’ve seen The Matrix, which came out a few weeks later, you know the basic questions here. They’re the same questions in innumerable cyberpunk films and books. What is the nature of reality? Is the choice of unreality over reality ever a moral one? Do moral imperatives apply in game play? And what of the real life consequences?

You like cyberpunk? You like hot movie stars? You like games? You’re in luck with this movie, which gets a respectable 6.8 out of 10 from the crowdsourced critics at IMDB and an unequivocal rave from Rolling Stone.

Cronenberg has credited his script’s inspiration not to endless nights logged on a PlayStation but the fatwa imposed on The Satanic Verses‘ Salman Rushdie. And as the movie settles in, via a stunning title sequence of brownish, mysterious maps and Howard Shore’s ominous score, you can already sense a mature mistrust darkening the adolescent dream. Like its bone pistol constructed from carefully hidden spare parts, the film contained bits and pieces that, when fitted together, offered a legend to a singular artistic sensibility and one man’s squishy real-life anxieties. Click everything into its right place, and you have a weapon — as well as a great unheralded Nineties sci-fi treatise on our perpetual addiction to a life lived online and a glimpse of the malleable realities on the horizon.

But don’t take their word for it, check it out for yourself.

With this fabulous cultural cocktail of existentialism, nihilism, innocence, sex, and that very 90’s sense of possibility, we will pair the PacMan Cocktail. Most game-theme cocktails are, to be honest, revolting, gut-wrenching monstrosities featuring lashings of JaegerBullcrap and ingredients chosen more for their visual impact than flavour, laboriously arranged in pousse-cafe style and downed as a shooter. But the PacMan is a quite respectable, and palatable, variation on a Screwdriver, with the added bonus of being dry and fresh enough that you can drink it all night without regretting it the next day.

From The Drinks Business:

The Sound Cloud website lists the cocktail, from Kentaro Wada of Bar the Fifteen’s in the Shiba Park Hotel, Tokyo, as follows:

Rim a low-ball glass with grated parmesan cheese and drop in a big sphere of ice (to evoke the power-pill). Muddle basil leaves gently with the vodka. Add juices and shake. Strain over the ice ball. Skewer one black olive, one mini tomato, and a leaf of basil onto a toothpick and place across the top of the glass to garnish.

Cheers. Save a controller and a space on the couch for me.