The Taliban, presumably jealous of the attention ISIS has been getting, attacked the Afghani Parliament today. Eighteen civilians, no members of parliament, were wounded, and all seven attackers were killed by the police. Except, presumably, the suicide bomber, who took care of that himself. 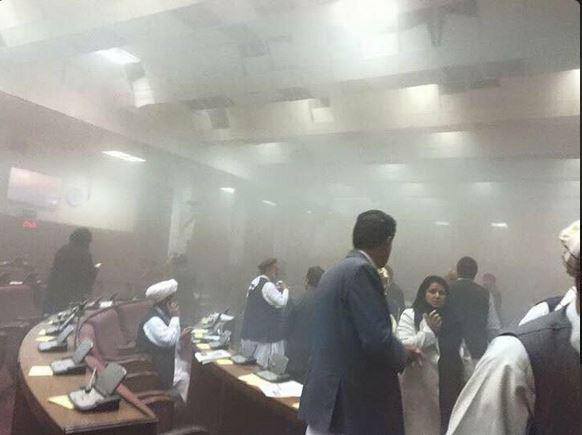 Taliban attack on Afghan Parliament via TRACTerrorism on Facebook

Taliban Attack on Afghani Parliament via TRACTerrorism on Facebook

KABUL – The Taliban launched a complex attack on the Afghan parliament Monday, with a suicide car bomber striking at the entrance and gunmen battling police as lawmakers were meeting inside to confirm the appointment of a defence minister, police and witnesses said.

Interior Ministry spokesman Sediq Sediqqi said the attack began with a car bomb explosion near the entrance. Gunmen then attempted to storm the compound but were pushed back by security forces and eventually took refuge in a nearby building under construction, he said.

Sediqqi later said all seven attackers were killed by police. He said no members of parliament were wounded in the incident. “It is over now,” he said.

Sidiqa Mubarez, a member of parliament, said the building was rocked by a large explosion and that some people were…