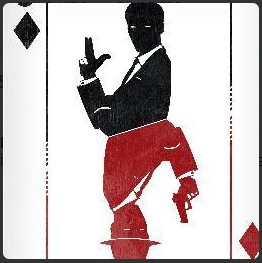 We made it to Friday, kittens! Well, kitten. A significant portion of our readership is probably in transit, en route to New York City, either to attend the Suits and Spooks conference or to protest outside of it. Still, who here has not surfed the web via satphone before, right? Right.

Here’s all the news that will be shoptalk at the event as well as on the sidewalk outside it. And HEY MEDIA, you could sound almost caught up if you can read these before doing your interviews tomorrow. Just a suggestion.

The flag that Dylann Roof embraced, which many South Carolinians embrace, endorses the violence he committed (TheAtlantic)

The Whistleblower’s Tale: How Jeffrey Sterling Took On The CIA — And Lost Everything (TheIntercept)

Doomed to Repeat History: Lessons from the Cyberwars of the 90’s (OpenTechnologyInstitute)

False flags, red herrings and wild goose chases: Why unmasking hackers is harder than ever (ZDnet)

Deadly Force: Police Use of Lethal Force In The United States (AmnestyInternational)

Like Loading...
‹ OPM: WHO? WHY? WHAT? ERMEGERD CHINA!
#Anonymous vs #Sabu: Protest and Tweetstorm Coming to Suits and Spooks NYC ›