Home › Activism › Interwebbed: Cyber and Crypto News for May 11

Interwebbed: Cyber and Crypto News for May 11 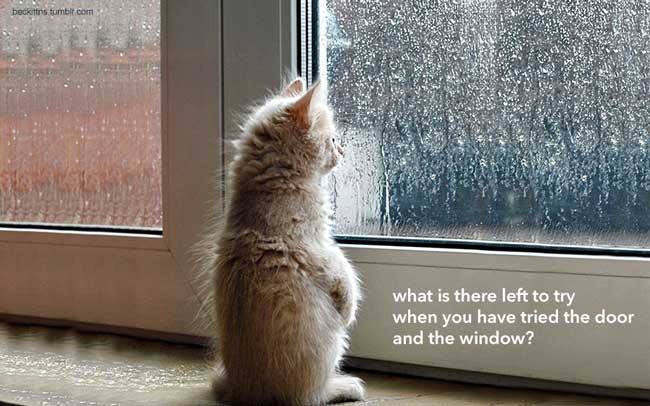 What indeed, kittens, what indeed? I suppose you could try reading the latest cyberwar and hacktivism news. In case your existential crisis was not already deep enough.

You can participate in this digital art project by tweeting (ChristopherBaker)

Protesters who aren’t; agents provocateurs at the G20 (Guardian)

The Prisoner of convictions who is unconvicted: Julian Assange loses appeal to have charges dismissed (Reuters)

Wait till the tinfoil hats get ahold of this: The police can x-ray your whole house (MintPressNews)

Spooky action at a distance: Quantum computing and cybersecurity (SingularityHub)

Blame the wetware: Human error is the biggest risk to your data (Bloomberg)

Teaching bad: The US is taking lessons from ISIS in the propaganda department (WaPo)

“I can’t help you with that, officer.” What to do when the government comes knocking (Coindesk)

Like Loading...
‹ Beware The Invisible Acrobat Midgets: Chameleo Is Weird, In A Good Way
More of a prosecco girl, myself ›