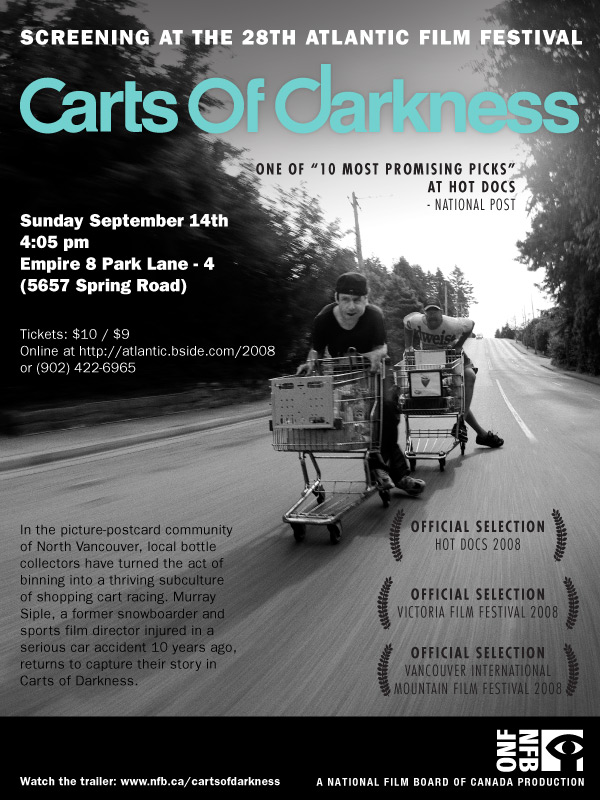 That’s the trailer, which I watched with a friend who’d worked on the Downtown Eastside, Vancouver’s Inner City, for many years. As each face popped up on screen he’d mumble, “There’s so-and-so. He’s dead,” one after the other after the other. At last count the only star of this film still alive was alive because he’s been A Guest of Her Majesty for some time, but the future is murky.

Here, then, is Carts of Darkness, possibly the most badass film to come out of Canada, and certainly the most dangerous to come out of the National Film Board. I’m including this in our Film Friday series because this is absolutely 100% a hacker’s approach to doing that job. You or I look at a grocery cart and we see a way to carry things to the checkout. These guys? See wings.