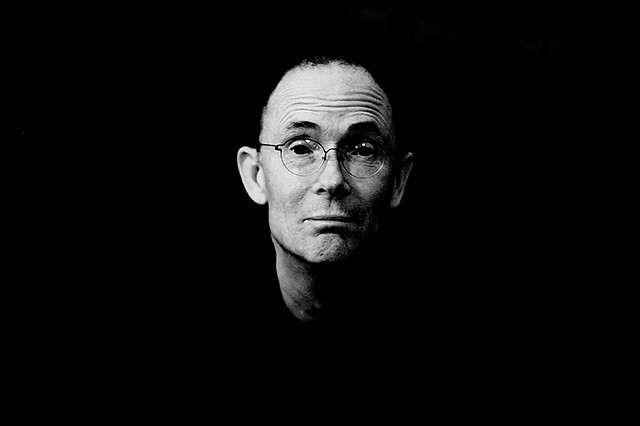 William Gibson, author of Neuromancer, coiner of the term “Cyberpunk”

Once again, TGIF kittens! We’ve had a week off thanks to a salmon burger of sketchy antecedents, and are happy, relieved, and about five pounds lighter as we swing into the saddle once again. Let us begin with a story.

Long ago in the mists of time, when Jennifer Lopez was but a twinkle in In Living Color’s eye, your humble editor worked at a Starbucks in Vancouver. And into that Starbucks, every weekday morning, came William Gibson, regular as clockwork at 6:10 am, ordering a latte. And it did your humble editor’s cold and shrivelled heart good to see someone buying expensive and then-exotic espresso beverages with money he earned writing. Then, he vanished for a period of about four weeks. When he finally rematerialized, your editor asked him where he’d been. “We thought you were sick. Is everything all right?”

Gibson replied, “Oh yes, I was gone awhile because Details magazine sent me to Ireland to interview U2.”

Whereupon our humble editorial knees buckled and we weakly asked…”doyouneedanassistant?”

Sadly, he did not.

Women in Tech: the Book: The Kickstarter (Kickstarter)

What Your Facebook Posts Mean to US Special Operations Forces (DefenseOne)

You Don’t Own What You Bought: Drone Maker Updates Firmware On All Drones To Stop Any Flights In DC (Techdirt)

FBI agent says the only way to stop Anonymous is to get them all girlfriends; in related news, FBI is sexist (Fusion)

Taylor Swift Nudes: The Phantoms of the Internet (Gawker)