Home › Anonymous › Review of Kitty Hundal’s From the Shadows: Book 1 of Persecution Games

Review of Kitty Hundal’s From the Shadows: Book 1 of Persecution Games 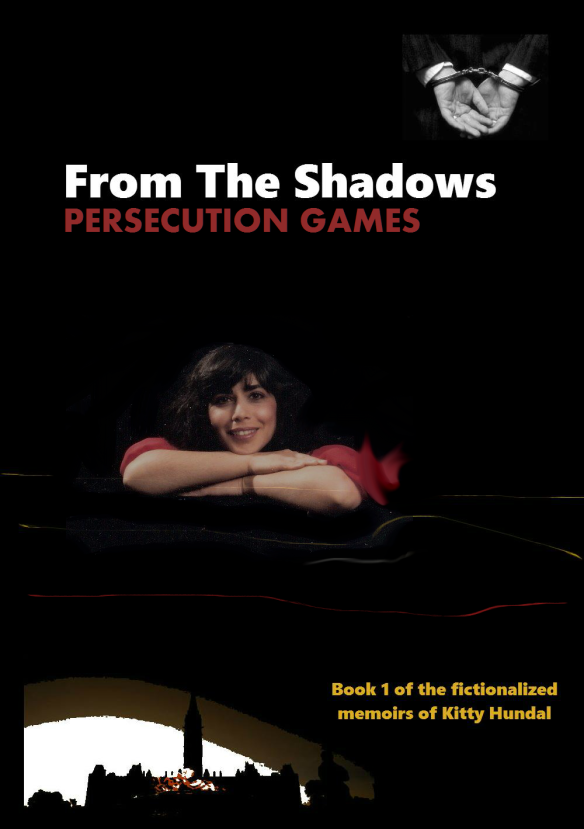 From the Shadows: Persecution Games by Kitty Hundal

In Canada, we like to think that our police and spy agencies are fairly well controlled and act within the law. But the recent revelations from whistleblowers, as well as Bill C-51, have shown us that some of our agencies might have acted illegally, and that the government wants less oversight of them, not more.

Even though you think you have nothing to hide, these revelations and changes to the law should scare you. Because now, it’s easy for these agencies to distort information about you to suit their goals–like arresting you for something you didn’t do simply because you are a political activist, for example.

Sadly, these things have been happening even before C-51. I was given a copy of Kitty Hundal’s fictionalized memoir called Persecution Games. And what I read, beyond being absolutely heartbreaking and totally unfair, is ultimately so scary I’m reviewing my assumptions about a lot of things.

The book tells the story of the lives of two women, both pulled into a web of lies by obsessive, power-drunk men out on witch hunts.

Greta, a German immigrant whose husband died during WWII, is gaslighted by a powerful Montréal family until she gets arrested and convicted of a crime she did not do, only to serve in some doctor’s illegal psychological experiments after being institutionalized.

Rita, a Canadian of Indian descent from a well-known left-wing militant family, becomes the target of The Weasel, a powerful man who uses his influence to justify a witch hunt against the young woman. Through increasingly complicated schemes involving both police and spy agencies, he manages to destroy her through endless harassment, manipulation and deceit.

I found the story interesting and heartbreaking. I felt most for poor Greta, whose good heart and easy trust is manipulated and twisted into a sad, sad fate as a lab rat for the darkly famous MKUltra experiments. Even though the experiments are not named in the book, the timeline and details of the story make it easy to identify.

I want to make an honest critique in that the book is not particularly well-written. Too many superfluous details, syntax issues and skipping points of view make the narrative sometimes hard to follow, but the story has a fascinating core that compensated for these frustrations.

Ms. Hundal’s fictionalized memoir makes me want to give her a big hug and thank her for fighting unchecked power and corruption in our institutions. I think her story is one that every Canadian should be aware of, if only to show that even we polite and proper Canucks aren’t free of unwarranted use of power on innocent civilians.

You can find more information and an extract from the book on Kitty Hundal’s blog.