We can’t even originate our own racism: we just steal memes from Canada’s Underpants.

Before disappearing on Wednesday, the Facebook page had close to 5,000 members and was filled with negative comments about aboriginal people. (iStock)

A Facebook page that attacked aboriginal people in Winnipeg and re-ignited the racism debate in the city, has been pulled down.

The page, called “Aboriginals Need to get a job and stop using our tax dollars,” claimed support for Kelvin High School teacher Brad Badiuk who was suspended in January after making racist comments on his own Facebook page. 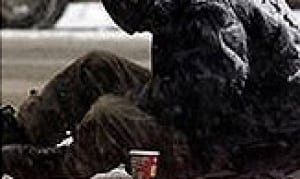 The page was created in December — the same month Badiuk’s posting was made. Before disappearing on Wednesday, the page had close to 5,000 members and was filled with negative comments about aboriginal people.

Robert Sinclair, an aboriginal man, who came across the page on Tuesday, called it a hate…