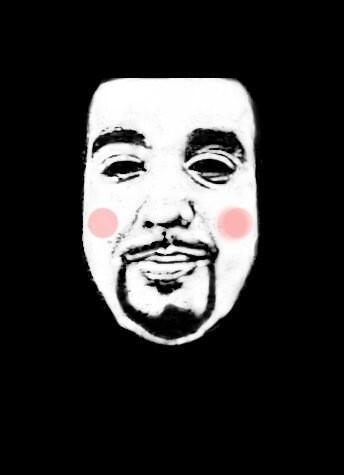 Hector Xavier Monsegur aka Sabu is unquestionably the most widely loathed person in or of the Anonymous hive, thanks to his work as a long-running informant for the FBI, work which resulted in a preponderance of his LulzSec and AntiSec crewmembers serving time as guests of Her Majesty or The President. The resulting fallout spawned what prominent Anonymous attorney Jay Leiderman has coined, “The Sabu Effect,” which splits apart former colleagues within the collective, casting a shadow of paranoia over those once counted as friends, and increasing the likelihood that someone will turn rat, simply because they are so certain that someone else will.

Sabu did, and Sabu, everybody knows, was a badass.

@draskel So you're telling me if you get locked up, and your nosey neighbor who dropped the dime on you runs free – you would simply ignore?

@subverzo @fakegregghoush I agree. Fuck the feds. Fuck the governments obsession with controlling the people and fuck our lack of privacy.

The men in suits came calling at Apartment 6F at 90 Avenue D, his apartment in the Jacob Riis projects on June 7, 2011. At the time, Sabu/Monsegur was involved with LulzSec, a hacktivist crew which had broken away from the Anonymous collective in order to operate free of the nebulous consensus-building and frustrating time-wasting nature of the hive. LulzSec was staggeringly  effective for a time, hacking where they would, leaking databases to embarrass and chastise their targets.  They hacked Sony long before Lizard Squad; in fact, they called themselves “Lulz Lizards,” so it’s quite likely Lizard Squad is named after LulzSec. They released 62,000 email and password combinations. They took down the CIA website. They drove gamers wild with frustration by DDoSing game servers. They were also very, very public about their activities, thanks to effective (and amusing) PR outreach on Twitter by Topiary (Jake Davis), their designated communications person.

Ultimately, having forsaken the anonymity of the hive, they became targets, and the FBI is very good at hitting targets.

Sabu was collaborating with and taking orders from the FBI during the entire lifespan of his leadership at AntiSec [this sentence has been corrected: Sabu was not one of the founders, as the AntiSec movement was in action since the 90’s, and parts are still extant now, unfortunate associations be damned, but he was the de facto leader of the loosely-knit hacker crew which emerged after the collapse of LulzSec]. AntiSec was a crew dedicated to opposing the security consulting industry, a lucrative and poorly understood group of corporations and three-letter agencies who control all which is knowable or known for profit in the USA. Barrett Brown‘s Project PM operated in the same territory, although their goal was gathering intelligence on the consultants and making it public, not hacking them. Under direction of the FBI, Monsegur named targets, outlined and oversaw attacks, and even inaugurated the infamous “Fuck FBI Fridays” during which DDoS attack would take down an FBI website or an embarrassing internal database would be leaked. It was easy; it was too easy. Of course it was: They had been giving him the keys all along.

As a well-informed source once told me, the Feds play the long game. All too often, hacktivists play the short, hoping the revolution is just over the horizon.

Former AntiSec hactivist Jeremy Hammond, best known for releasing over five million internal emails from security contractor Stratfor, is currently serving a ten year sentence in part for hacks dictated by the FBI and directed by their confidential informant, Hector “Sabu” Monsegur. These include both hacks against the FBI and hacks against foreign governments with which the United States is not at war.

In this contemporary mythscape the stridently anarchist, frequently dreadlocked Hammond is the hippie Jesus to Monsegur’s smooth, streetwise Nuyorican Judas.

As well as the most hated person in or of Anonymous, Monsegur is also, thanks to connections to former Vice journalist Dan Stuckey and internet news site the Daily Dot, one of the most prominent, giving media interviews, partying with the likes of Scarlett Johansson at Vice’s 20th anniversary, and taking “Fuck Anonymous” Vine hot tub selfies (50,000+ hate views).

This initiative, Sabu Week, aims to give the former hacktivist a closer look, one which specifically does not have his cooperation or endorsement. It will feature reminiscences by former team members, explainers and introductions such as the one you’ve just read, as well as reviews (in the spirit of his own reviews for the Daily Dot, which resulted in Anonymous calling for OpDestroyDailyDot…the Daily Dot is still extant, in case you were worried) and other assorted mayhemry. We aren’t sure. It’s only Monday.

Stay tuned. And Stay Clean! Can we interest you in a Silkwood shower? Perhaps a flea dip?