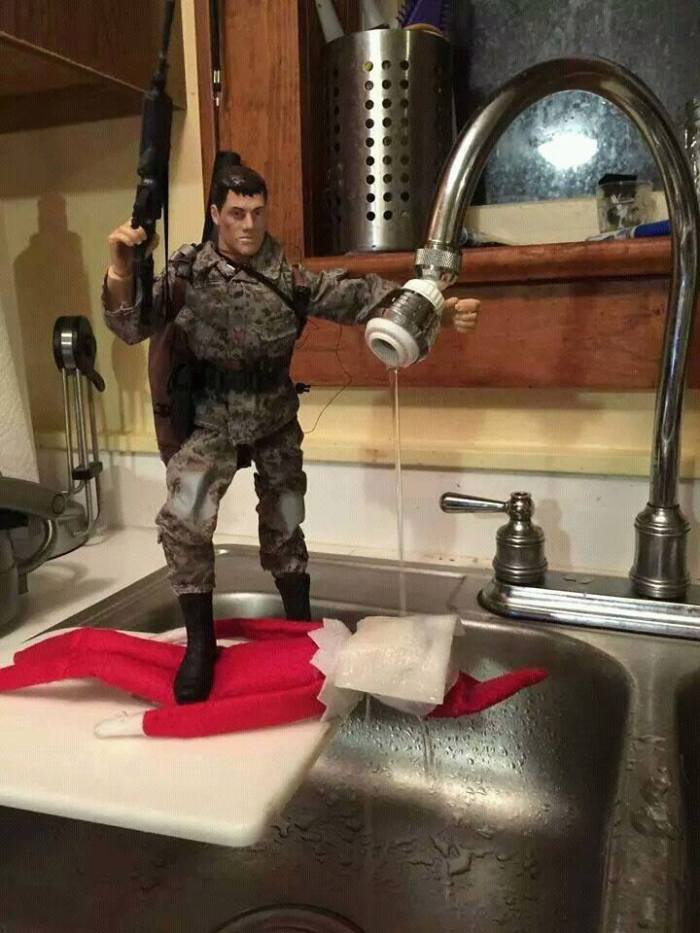 Hello again, kittens! Did you miss me while I was on my gloriously luxurious, if fever-ridden, hiatus? Well, I still have the fever but I don’t have the time off anymore, so here we are. Naturally, when I came across this photo of a Protector of Our Freedoms freedoming all over that wretched elf, I had to have it.

Well, this might be rather loopy as I am still feverish, but for what it’s worth, here is a news roundup for today and a half. We will get caught up together.

Pirate Bay Is Taken Down, Blockchain Could Be Next Target (CoinTelegraph)

Are you a special and unique snowflake? Click to find out (AmIUnique)

The hierarchy of US Government information control (SecurityWeek)

Hackers may have caused explosion on Turkish pipeline (Slate)