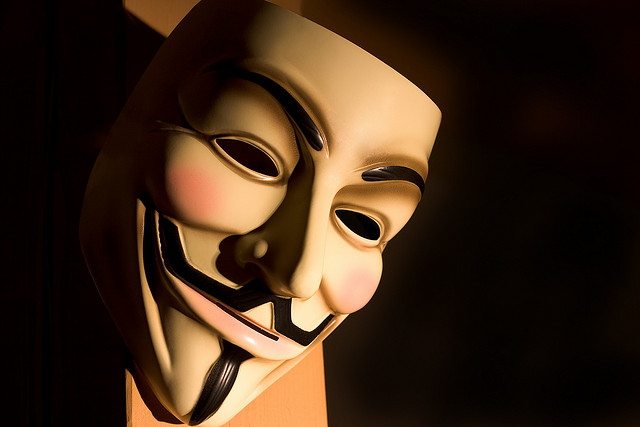 Remember, remember!
The Fifth of November,
On WordPress, Tumblr and Blogspot;
I know of no reason
Edward Snowden’s “treason”
Should ever be forgot!
Guy Fawkes and his companions
Did the scheme contrive,
To shake the King and Parliament
All up alive.
Five thousand people march above,
To prove to all the power of love.
But, should things chance them all they catch,
They’ll be bailed ASAP without a scratch!
Tails memory stick, also TOR
For OpSec’s sake and more!
If you won’t give us one,
We’ll take two,
The better for us,
And the worse for you.
A rope, a rope, for the banksters’ soap,
A penn’orth of cheese to feed us,
A pint of beer to wash it down,
And a poet to wax mischievous.
Holloa, boys! holloa, boys! make the bells ring!
Holloa, boys! holloa boys! God save the King!

Tell him we’re on our way!

Neither a snitch nor felon be! (Dealbreaker)

This system will self destruct: Crimeware gets powerful new functions (ArsTechnica)

Nearly 50% have been victim of a data breach (HelpNet)

How to Exchange Encrypted Messages on Any Website (MIT)

The Next Big Thing To Fight Hackers? Self-Healing Computers (DefenseOne)

Pentagon denies US strategy to defeat Isis is unravelling (Guardian)

The Roots of the Jihadist Resurgence in Iraq (WarOnTheRocks)