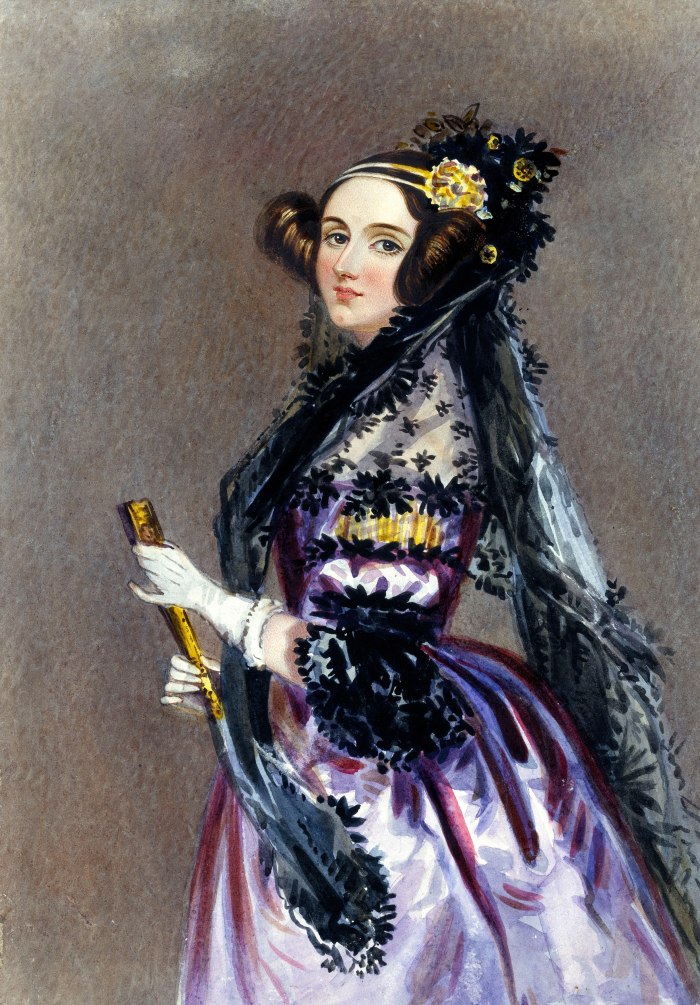 Here are a few facts about Ada Lovelace, whose day is today. No, it is not a stat/bank holiday, unfortunately, although if we lived in a just world sysadmins would have the day off at the very least.

Ada Lovelace did not invent computers. She was a mathematical genius who did write what is recognized as the first algorithm; she was the first computer programmer. Her friend and collegue Charles Babbage invented the Analytical Engine, the actual computer on which Ada’s program ran. Babbage wrote programs too, but Ada published first (academia was ever thus).

She spent many months translating an article by Italian scientist  Luigi Menabrea, appending her own thoughts as Notes, and in those Notes she put her algorithm. She put as well many of her ideas of technology and its relationship to the human, the spiritual, and the divine. She described herself as a metaphysicist, and quite accurately, for these are the fundamental questions of metaphysics. If she were to be suddenly transported to MIT today, she would have little difficulty engaging in a discussion of the meaning of androids: metaphysical beings or mere lumber, for instance.

She invented a flying machine at the age of 13. It did not work, but it was a start.

She was the poet Byron’s only lawful heir, all his other children being born out of wedlock, but she never met her father. Her mathematically inclined mother encouraged her to study math and the sciences specifically so she would not turn out like her father and she may rightfully be judged to have succeeded, one little blip notwithstanding

Ada did have an affair when she was 18, attempting and failing to elope with the presumably penniless and title-less tutor. If history records his name, Wikipedia doesn’t, and that speaks volumes.

She died of cancer in her 37th year, having boasted a glorious career at court, mathematical and scientific triumph, marriage to a title, and having raised a family. At that time, no woman could aspire to more.

The Register has an interesting article on her heirs and sisters:  Meet the 6 women who gave you the ‘computer’. And each year on this day the Finding Ada website calls for, and collates, blog posts about inspiring women in STEM: Science, Technology, Engineering, and Math. Add your own!

Like Loading...
‹ Review: Hot Art: Chasing thieves and detectives through the secret world of stolen art
Apple and Facebook Now Pay For Women To Freeze Their Eggs So They Never Have to Stop Working ›