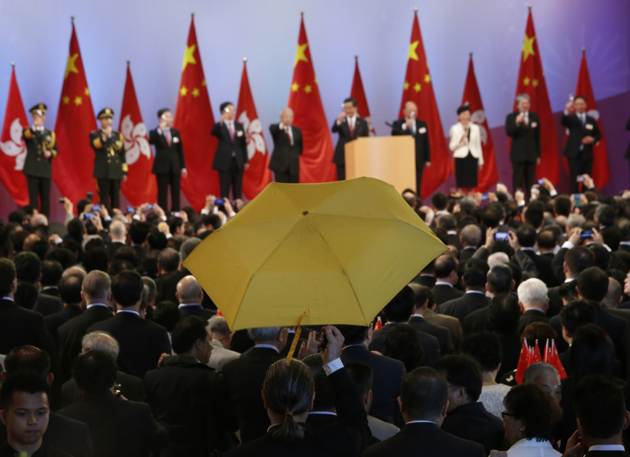 TGIF, kittens! Raise a yellow umbrella and a cup of a cheering beverage to the end of the work week and the start of…a weekend of recovery from the work week? Sure, let’s go with that. The tear gas continues to fly in Hong Kong and Ferguson, Missouri. And our news roundup is heavy on the second thoughts: returns, refunds, and payback. It’s time for redress in the Cryptosphere; did you know that YOU YES YOU can shorted your time in purgatory simply by sharing our content on social networks such as Facebook, Reddit, and Ello? As the FSM is my witness, it’s true. But don’t just take my word for it: share madly, and then see your time in purgatory comped when judgement day comes upon us all.

And some days I think the sooner the better. You know?

The NSA and Me by A Whistleblower (TheIntercept)

Neither does the Pentagon, so you’re just going to have to keep those tanks (MotherJones)

The power of social media for terror propaganda (Phys.org)

What does it really mean when politicians and pundits cry “Nazi?” (VF)

Kiwi PM to Snowden: sure we spy, but only for your OWN GOOD (HSToday)

Hong Kong is the most cyberpunk place in the world (WarIsBoring)