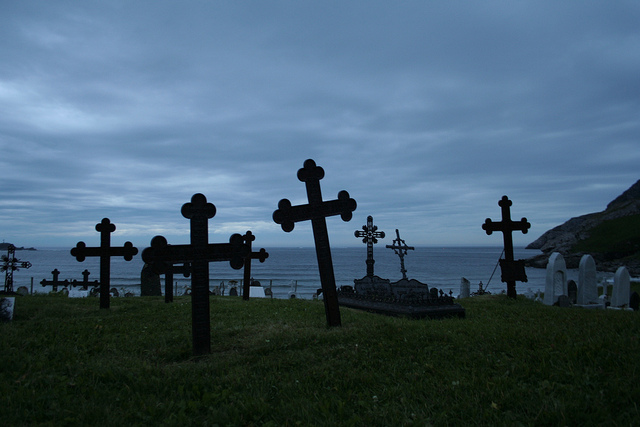 we all end up in the same place

Happy Halloween, kittens! Before you go out a-haunting this evening, it’s best to catch up on your cybernews, for safety’s sake. You never know who you might meet out there in the darkness: A would-be loverboy ready to sell you out to the feds for the price of a donut; a famous, charismatic hacker who wants to hear all about your private correspondence with Julian Assange; an affable, didactic young geek with a pole-dancing girlfriend and six terabytes of secrets; a lanky, snow-topped Aussie with an Ecuadorian passport and a monitor tan; a group of roving ninja-clad figures, poking away at their phones, hacking into the Twitter account of the Times of London. You know, the usual suspects.

So, it’s best to do your homework, for the sake of the small talk (and figuring out what you shouldn’t say in front of whom). Here it is!

Brazil Is Keeping Its Promise to Avoid the U.S. Internet (Gizmodo)

Ukraine fighters, surrounded at wrecked airport, refuse to give up (LATimes)

How to name yourself (CCTVNews)

How to spell “Doxing” (Stallman)

FBI Creates Fake Bomb Story and Attributes it to AP, Post-Snowden Leaker, and Much More (NSArchive)

Why Is Bahrain Outsourcing Extremism? (FP)

Handy tips from the 70’s on surviving nuclear attack (DangerousMinds)

Sorry, we will not all be having sex with robots in the future (TheWeek)

Barclays Setting Aside $800 Million For ‘Oops, That Might’ve Been Fraud’ Fund (Dealbreaker)

What running robots can learn from turkeys (Kurzweil)

$1.5 Million Sent in Error to Money Manager (Both Are Missing) (Dealbook)