Personal Statement: Do not cry wolf! #OpNimr of #Anonymous

An important update from our Norwegian columnist and #OpNimr activist Raymond Johansen on the Ali al-Nimr case. It’s critical, when covering cases of international interest and import, not to jump to conclusions before confirming facts. The world could well be changed as the result of a mistake, making life harder for those still in prison. 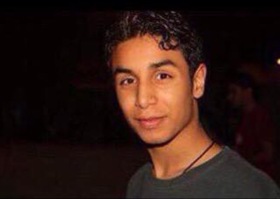 From Dubai I hear the following: Death sentences against four Saudi men convicted of terrorism have been confirmed by 13 judges, a Saudi newspaper reported, raising the possibility of a new round of executions two months after 47 people including a prominent Shi’ite cleric were put to death.

To me this clearly says that on Thursday or Friday a court upheld and earlier verdict. The three juveniles, including Ali al-Nimr, had their verdict upheld last year by the SCC (Specialized Criminal Court). There is no reason why the 5 judges in the Supreme Court would again hear their cases. (As far as I know.)

Therefore logic dictates that these four executions have absolutely nothing to do with the Quatif juveniles. There is simply no way…