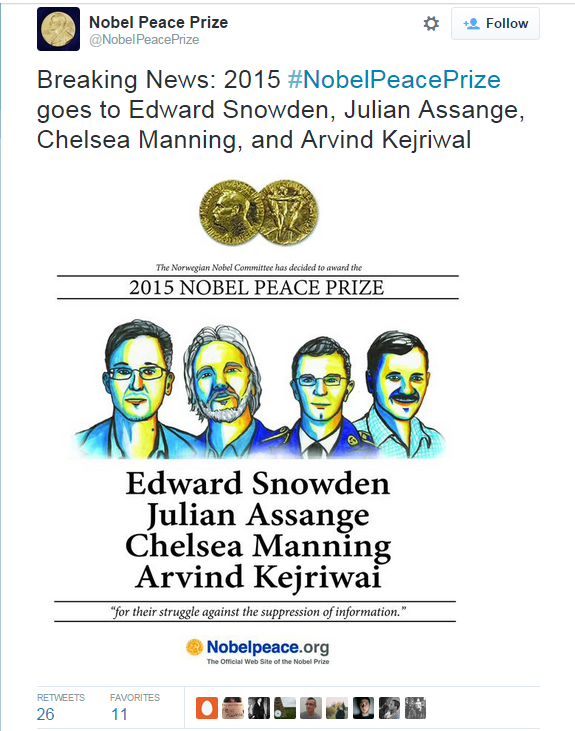 Well, just one little comment: the actual Nobel Prize Twitter account has 165,000 Twitter followers. This upstart has only 17 at the time of posting this article. The real winners were the Tunisian National Dialogue Quartet.

@Snowden, is that you?