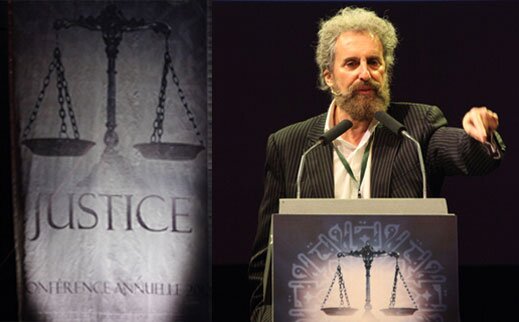 Today’s Op/Ed comes to us from Sue Crabtree of FreeAnons, who has just discovered that one of the best-loved lawyers (no that’s not a contradiction) in the Anonymous world has apparently been forgotten by those on whose behalf he has fought time after time. She has written an impassioned plea to activists everywhere to support this man, who is incarcerated and unable to work, and has been left penniless by his struggle with the government. Is he to be left friendless as well?

Stanley Cohen, noted attorney for Hamas, outspoken critic of the U.S. Government, and vehement anti-Zionist activist, was sent to federal prison in January of 2015, charged with “impeding or obstructing the IRS.” Stanley was prosecuted in a thinly-veiled effort to silence him and prevent his activism. Stanley has been a thorn in the side of the U.S. Government since 1995 when he chose to represent members of Hamas in a federal trial in the United States, and he has remained one of their most staunch and unapologetic opponents ever since.

When Mercedes Haefer, a co-defendant in the PayPal 14 case was prosecuted, Stanley vigorously defended her, fighting tooth and nail to keep her out of prison. After the United States failed in their efforts to prosecute Stanley for the absurd charge of “providing material support to terrorists” they played the only card in their hand and used the IRS to silence him.

Described as “possibly one of the most hated lawyers in New York City,” Stanley has never given a shit about hurting anyone’s feelings, choosing instead to stay on the side of righteousness, burnt bridges be damned. Even while under indictment, Stanley spent weeks participating in talks with ISIS leaders in an effort to secure the release of American aid worker Peter Abdul-Rahman Kassig, an effort that was, somewhat ironically, supported by the U.S. Government; an effort that tragically failed on November 16, 2014.

Needless to say Stanley has been a friend to FreeAnons and a supporter of jailed Anons the world over, a relationship which has been, to say the least, not one-sided.

FreeAnons is frankly incensed to learn that Stanley currently finds himself with no funds with which to make phone calls, write letters, or make purchases at the prison commissary.

In an effort to defend himself from the ridiculous witch hunt perpetrated against him by his own Government, Stanley racked up debt and was essentially penniless before being sent to prison. This is thanks in no small part to the Government’s revocation of his law license, effectively preventing him from earning a living or being able to pay the nearly $600,000 his defense has cost him thus far. While Stanley has remained a constant and ardent supporter of Anonymous and FreeAnons, the community he so loved seems to have taken an “out of sight, out of mind” attitude when it comes to reciprocating this support.

Stanley’s situation requires immediate attention and he needs any support we can offer him . An encouraging letter, any monetary donation, a book: these are the things that keep a person’s spirits up through what could reasonably be described as the darkest period in their lives. For a person like Stanley who so fervently fights for freedom and justice wherever it is necessary to be rotting away, forgotten in a cell is unimaginable and we at FreeAnons are disgusted to learn of his current situation. We implore everyone to do what they can to show support for Stanley and show him that he is not only not forgotten, he is in our hearts and minds every nanosecond of his unjust incarceration. To quote Stanley, “Up The Rebels, and Fuck The System.” It’s time to show Stanley the respect and support he has shown countless others both prior to and during his incarceration. The fact that he rots in a cell forgotten by the same people he has so vehemently supported is appalling and must change.

Those who have the means to donate to Stanley are encouraged to do so, using his prison ID: 19846-052 and his name Stanley L. Cohen. Anyone who, for one reason or another, cannot or is not comfortable with donating to Stanley via Western Union is encouraged to make a donation to FreeAnons [link updated to the new Fundrazr fundraiser], being sure to add a note that it is for Stanley, and we will donate it to him on your behalf.

For those who are interested in sending books to Stanley, please review the BOP rules for doing so at http://www.bop.gov/policy/progstat/5266_011.pdf.

Sue Crabtree is the president of FreeAnons.