Home › Activism › An interview with #GazaRebirth: a New Paradigm for Recovery Activism

An interview with #GazaRebirth: a New Paradigm for Recovery Activism 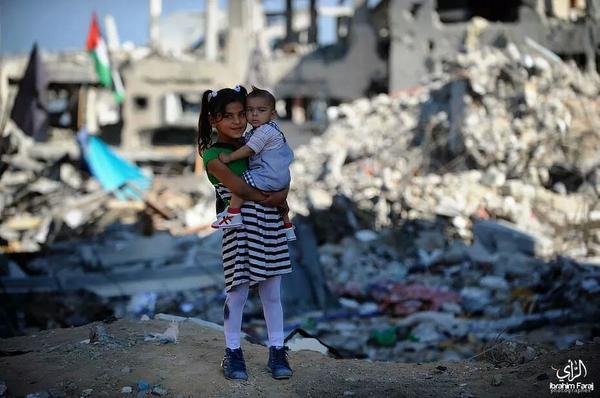 After the most recent Hamas/IDF conflict, the people of the Gaza Strip had a heavy job to rebuild, never sure if THIS was the ceasefire that would hold as so many did not. #GazaRebirth, a new initiative by activists both inside and outside of Gaza, seeks to help with specific aid to a small number of local families in need. If this iteration works, the model will be used in other hard-hit locations around the world to bring direct aid to those who need it most.

We spoke to participants in GazaRebirth including The Cryptosphere contributor Heather Marsh via a collective exchange on Titanpad.

The operation seeks a total of $10,000 via Indigogo, to be divided among five families personally known to the organizers, and to be spent specifically on housing, food, and school supplies for the children. By using direct aid, the organizers are hoping to avoid issues like the blockade of aid shipments and related issues. As well, the money will go directly into the local economy. Rewards in the IndieGoGo campaign take the form of items of traditional embroidery, further connecting the donors and the people of Gaza.

For 50 days and nights the people of Gaza were subjected to unimaginable terror and devastation. At least 504 children were murdered and 2000 more lost their parents in the sixth full scale massacre by the Israeli military in the Gaza strip in eight years, adding to the already immense number of orphans in Gaza. At least 3,374 children were injured and hundreds are now permanently disabled. The horrors they witnessed during this latest massacre have left many children with permanent emotional scars and psychological damage. Due to the lack of available rescources most will not be able to receive the treatment they require.

There are also 110,000 people displaced throughout Gaza and the number is steadily rising. In addition to the bombardment of civilian homes, infrastructure was heavily damaged. Water and sewage systems were both targeted in the air strikes. As a result half a million people in Gaza have no access to water, most of the population have 18-hour power cuts and food has become very scarce and expensive. The schools that were not destroyed or turned into shelters have begun classes late, winter is coming, and the living situation worsens every day throughout the strip.

and from the traditional Pastebin:

We are a group of friends in and out of Gaza who are trying to establish direct connection between people in Gaza who need aid and people outside Gaza who wish to help. This is the beginning of what we hope will become a trust network of people across Gaza and people around the world who can bypass centralized NGOs and aid each other directly. If this campaign is a success we will expand and add other people both in and outside.

If we can get #GazaRebirth in Palestine to work we'll be able to expand to these regions and do more of this for #Rohingya. @chuckwagon75

The Cryptosphere: Who’s behind #GazaRebirth? Where was the idea born? Who is back7ing and supporting it? Is it a collaborative operation accross various orgs?

The idea of Gaza Rebirth came from a friend in Gaza who lives in one of the worst-hit areas. She and her friends and family have been providing aid to some families that are not having basic needs met under the current conditions. They have started donating embroidery work to sell to raise funds and help more people. The idea to build an international trust network for direct aid is something I (HM) have been working towards for years, and it seemed like a way we could help them. There are no organizations involved; the idea is to bypass organizations and create a human-to-human network.

Would you say it’s an Anon op or no?

It is not billed as one but it is of course heavily supported by Anonymous (especially @YourAnonCentral and the non-English Anons) and it is in the Anon style of directly connecting humans without the need of organizations. Anon networks are translating and spreading it but so are many others, so it’s a community effort.

Who in Gaza is vetting the families?

The logic behind a trust network is it is built on personal relationships. I have staked my reputation on the people I know and trust in Gaza who will receive the money. They will stake their reputations on the people who they find and vet who need aid. When the aid is received there will be a feedback loop where the proof of aid received is passed back up the line to the donors and we then have our first working, audited trust relationship and we can expand the network out from there.

Will the personal information of the families be released to supporters for verification?

Yes, we will release as much as we can to prove the money was needed and what it was spent on and why.

$2000 per family isn’t much to ensure housing, food, schooling and other expenses. How long is the money supposed to last each family?

No it is not [much], especially with the inflation on food and water. It is very much crisis funding and what it will purchase depends on what the costs are in two months, the costs keep increasing as the situation is worsening.

I see that the fundraiser is of long duration, 60 days, and has raised just over $1700 of the hoped-for $10,000. Is this fundraiser meant just for those five original families, and then a separate one will be started for other families? Or is this particular fundraiser to hopefully blow past the goal and then support other families with the excess?

The idea is definitely to grow and keep adding more families. We will keep updating the fundraiser as we go along with more information on what we can do with the funding received.

How are you getting the word out?

Anon and activist networks and the more exclusive and relevant media such as The Cryptosphere. It is also spreading among personal networks in Gaza and the surrounding region.

Are there tweetstorms or other time-specific actions designed to get the word out? What kind of media coverage have you had?

We have a tweet package and press release in a few languages and we just promote it periodically. We find lately that tweet packages work best if we just allow people to incorporate them into their own news schedule at a time that works for them. Trending hashtags is so 2013. ;-)

What specific results do you hope to have for each of the families by January 1?

This is not something constant and continuing, but the families will have something to live with for awhile, something that will help them continue their journey. We helped a family with 5 kids to go to school. We gave them money to register the kids at school. to buy the school uniform, school supplies, etc. We paid the whole costs: uniform, registration fees, school bus fees, school supplies, pens, pencils, books, etc for 3 boys and that was $2500. Then the 2 girls costs us $1500. That [money] comes from some good people here in Gaza.

When we get the money we hope we can help another with what they need. Food, water, school stuff. And we are trying to establish an online embroidery shop we can sell embroidery online and the profit goes to those families

Would it be possible in a few weeks to speak to a member of one of the families, perhaps through a translator? And a donor?

Yes it will. Speaking to the donor will be easy, the people in Gaza will have to speak to you in whatever window of electricity they are being allowed at that point.

[Note: this interview was delayed by power outages in Gaza, which gives you an indication of how complex a simple interview can be]

Logistically, was the choice to do direct aid rather than send objects in part because of blockades and the history there?

It is a very big part of it. If we have an opportunity to get aid in we will, but a lot of food and supplies have been rotting at the crossings which is a very typical thing to happen to international aid promised to Gaza.

Other than the obvious (click and donate) how can people support the effort?

One, establish a new way of providing emergency assistance which bypasses the NGO empires and paternalistic controls on people who need aid. People are not products, aid should be a human relationship not a corporate one. If we can set up one trust relationship for Gaza, we hope we can use it as a proof of concept to expand across Gaza and in other places like Syria, Myanmar and everywhere really. The trust networks we set up for direct global communication to bypass corporate media can be used in the same way to provide direct aid and bypass corporate NGOs.

Two, we want to start a dialogue about this cycle of destruction and ‘rebuilding’ where corporate empires are feeding off real human torment as a growth industry to enrich themselves. I received one comment from someone on Twitter who said “honest, serious question. why should ppl rebuild when oppressors get the rebuilding funds and will bomb it again?” This is a dialogue we need to have as an international community. We can’t lose our humanity by just ignoring people in need, but we need to become more educated and directly involved in the cycle to stop it. If people begin to directly experience the political obstacles to getting aid to people in Gaza and refugee camps and the threat that everything you build will be destroyed again at any time, they will be more invested in looking for real solutions beyond crisis funding as well.

One of the first obstacles you will notice is we have to wait until weeks past the campaign end date to receive the funds because PayPal refuses service to Gaza, in yet another example of PayPal interfering politically to block our personal choice of who to support. Another obstacle you will notice in the perks, to claim a perk the donor must pay their own shipping because the mailing costs to Gaza are so prohibitive. If you combine the mailing costs and PayPal service refusal, there is effectively an unofficial trade embargo on Gaza. If you try to ship through corporations such as Amazon you will find restrictions from both Amazon and Israel on what you can send to Gaza. Perfume, electronics and much more are still part of the Israeli blockade and then Amazon adds their own restrictions on top. Until 2010 even notebooks, soccer balls, crayons, chocolate, books, glasses and musical instruments were banned from Gaza ‘for Israel’s safety’. You will also find that things most of the world can get overnight from Amazon will take over a month to Gaza. If people start trying to help Gazans directly they will come face to face with the obstacles Gazans experience daily and hopefully be motivated to fight the obstacles.

Our immediate goal is to help five famlies, our overall goal is to reconnect humanity and bypass corporations. People are not products. Human suffering should not be a growth industry.

Like Loading...
‹ The Emma Goldman Papers Dealt Bad Hand, May Be Circular-Filed
Driver Dead after Two CF Troops Hit by Car in Quebec ›