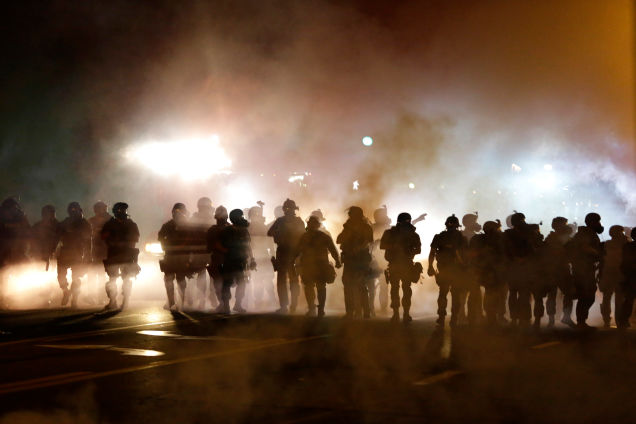 We made it to Friday, kittens! The way this week has been going I’d have lost a bet on that, for sure. But the week is ended, the weekend is hours away, and now we know that Darren Wilson killed Mike Brown. So Anonymous, Gawker, and everyone else can stand down from their keyboards; the police doxed him.

Now, if anyone has the name of the reporter who asked the police chief about Darren Wilson on Wednesday, put it in the comments. That person deserves not to pay for their own drinks for a year at least.

Don’t Call the Police “Militarized.” The Military Is Better Than This (Gawker) Adam Weinstein is dangerously close to unseating Hamilton Nolan as my favorite Gawker writer. Jason Parham is also making a strong showing lately.

Inside the CIA drone huts (Cryptome)

It’s official: if Canada invades, the Pentagon will be caught unprepared (Rollcall)

Learn to code for free (Codeacademy)

The Gyroscope in your phone is spying on you (Gizmodo)

Has the CIA been committing civil disobedience? (FP)

Ferguson and the shocking nature of police militarization (USNews and yes, that’s two stories but I couldn’t leave either out)

Featured image via Gawker via AP

Like Loading...
‹ Cyberpunk Party Thought o’ the Day: AndrewWK
A Message From The #Ferguson Protesters To #Anonymous ›